The Brownlee Lookouts Baseball Program has a distinct mission statement but the overall objectives vary and intensify as your child begins or advances throughout the various states of a players baseball career.

As intense of a overall player development program the Brownlee Lookouts Organization is…at the “youth stage” we realize the boys are just boys!

Of course we want to win; that is why we put uniforms on and keep score! But we believe the players should have fun and enjoy the game of baseball. From 38 years of experience I know most fond memories of players refer back to the youth stages with their young friends, their youth coaches, and positive experiences with their parents.

We will, of course, do our best during the off season and during the season to develop the player’s skills and fundamentals.

My main concern in the youth stage is for the players to be around men/women who will nurture them and be considerate of them at all times during good AND bad times on and off the field.

The Lookouts program is a college preparatory program. All aspects of the game become much more intense:

The entire Brownlee Lookout Baseball Organization is expected to conduct itself in a first class manner, both on and off the field. Our organization will do our best to teach our player good character, sportsmanship, and respect for the game.

My mission is to provide a balanced program where an athlete can learn sufficient technical information first to enhance a particular skill; to provide a vehicle (10 or 12-week class) in which the student can apply the information that was learned in a regimented, structured way; and to do all of this in a manner that provides a good experience for all involved. (student, parent, teacher)

WHY SHOULD I CHOOSE BROWNLEE'S FOR MY CHILD'S TRAINING?

There are lots of baseball training programs out there. Here's why you should choose Brownlee's Academy:

We've just completed our 22nd year of providing instruction. We have overcome all of the business and training curves that have come our way. New competitive training programs must overcome these obstacles and in many cases your child could be negatively affected.

We have a proven track record of training. In fact, it is almost becoming a trademark of training. There is little guesswork these days as to what you should expect when attending a Brownlee Academy Class.

Because of the size of our facilities, we can offer "on field" programs all winter that can't be matched anywhere! We offer a specific teaching curriculum to take players from the beginning stages of hitting, pitching, catching, and fielding through the intermediate (middle school) and advanced (high school) levels of the game.

We also offer elite and one-on-one products for players that are driven by a players' ability and not just his or her age.

No other program can come close to the range of products that we offer!

The single most important ingredient in our Academy's success is our STAFF!!

The compliment of Qualified instructors and the quantity of instructors also cannot be matched by any other training program...and more and more excellent instructors are joining us each year! We can offer a parent and prospective player of all ability levels a wide variety of expertise under one roof with a common thread of integrity between the staff.

Players and parents bond with coaches/trainers in many different ways. At Brownlee's Academy, we have a wealth of baseball knowledge and experience that you can tap into. Many of our instructors are former or current professional or collegiate players. These contemporary instructors relate extremely well with the large number of high school players in our program. 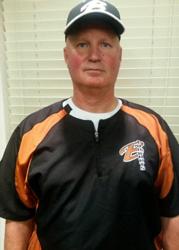 In the beginning, I was just like you, trying to help my kids be better at baseball and softball!

I was a big star in high school, college, and actually played a couple years of minor league baseball with the Chicago Cubs. But guess what? Not much of that mattered anymore, I just wanted my kids to do well and be happy if they wanted to play baseball or softball!

My kids wanted to get better, they wanted to set and achieve goals, so how could I help them?

I went to the library, I ordered videotapes, I went to local camps (there was no Brownlee’s Baseball Academy), I even took my son two different years to a baseball school in Florida! Local people thought I was crazy!

In addition to studying the mechanics of hitting, I used to videotape scores of great hitters when they played on TV. Heck, ESPN was not even on TV at the time! (Giving up my age) I would chart each player and what they did compared to what I learned. The conclusion I drew when I studied these players’ mechanics is also today part of my program.

Ok, now the good part! I applied all this learning process on my son. He didn’t know it at the age of 10, 11, and 12 but he was a Guinea Pig. Guess what? It worked! My son, at an early age, became a dramatic power hitter despite weighing under 80 pounds. He continued his power hitting through middle school, high school, summer ball, and college.

I also applied the same information on my son’s teammates in little league. Bingo! It worked on them too! My little league teams pounded the ball. This was 1990, 1991, 1992. I knew I was on to something, I just didn’t quite realize it was the beginning of my baseball academy.

When my son turned 13 he started playing travel baseball. I was able to gather the players on his team, some players from a 14 year old travel team, plus some local guys from Tallmadge to meet with me once a week for one hour a week to learn how to hit better.

This program in 1992 was the birth of my baseball academy! In twenty-two short years (seems like 2 or 3) I went from 44 students who met during the fall and winter, to today where I have had over 32,000 students attend my baseball academy studying hitting, pitching, and catching! Much more is on the horizon! Thanks to a “pioneer group” of players and parents. If the original groups of players did not hit the ball significantly better than their peers none of this would be possible.

Today is no different than 22 years ago! Come join us in the adventure to become a more confident, efficient player!

For more than eighteen years Paul Brownlee has taught young, talented athletes that "practice does make perfect" at Brownlee's Athletic Techniques. As an All American for Fairmont State, Paul led the NE Region of the National Association of Intercollegiate Athletics (NAIA) with a .446 batting average winning him the Rawlings Big Stick Award. Brownlee's steady shortstop and solid hitting gave him the opportunity of spending two seasons in the Chicago Cubs farm system. He is a 1999 inductee in the Greater Akron Ohio Baseball Hall of Fame and 2000 inductee in the Tallmadge High School Hall of Fame (Inaugural Class), as well as a 2005 inductee in the Summit County Sports Hall of Fame and 2005 inductee in the Fairmont State Hall of Fame. Paul's expertise has helped thousands of area youth become better hitters, players, and develop better confidence in their ability.